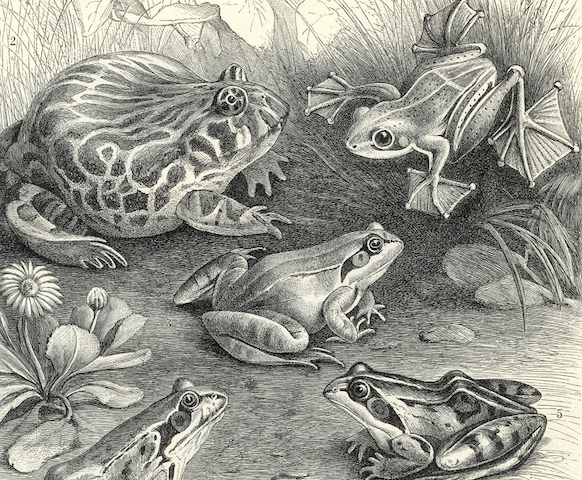 If a frog, turtle or even a land-loving toad, be left a comparatively short time to wander around the floor in the dry atmosphere of a modern dwelling house, it will dry up until it is at last so brittle that the legs may be broken like dried twigs. But if by chance any of our valued pets are reduced to this uncomfortably brittle state, do not, on that account, throw them away, for it may be possible to Bring the Mummies to Life again by soaking them in tepid water for a few hours. This fact is not generally known, and will be doubted by most people, but I personally know of two instances in which the dried, mummified and apparently dead creatures were restored to life by this method. In one instance it was a toad which was lost in a studio and in the other instance it was a small turtle which escaped from a broken aquarium.

Daniel Carter Beard, New Ideas for Out of Doors

Perhaps in the past you have just thrown away your accidentally mummified pets. But now the secret of frog revivification is yours! 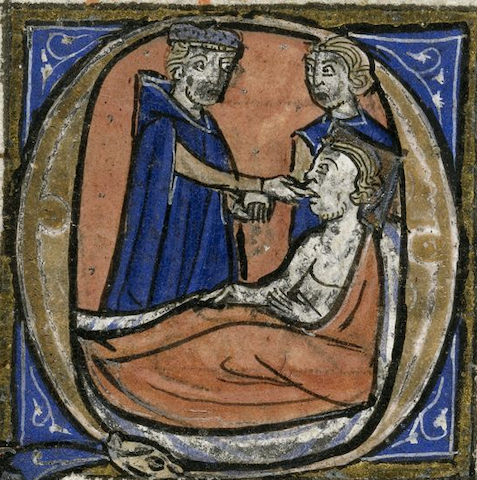 Moreover, if there is any doubt as to whether a person is or is not dead…