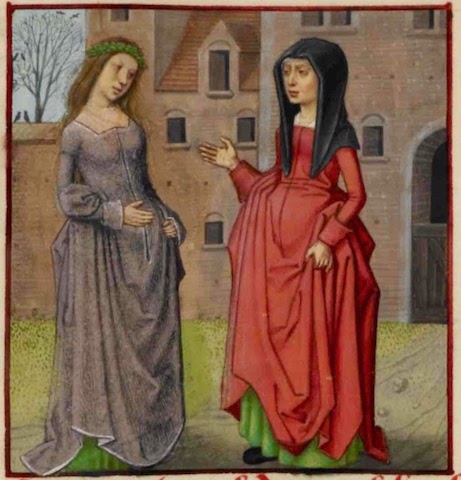 I counsel you not to wear anything outrageous, either too tight or too trailing, nor should you resemble those women who think they are very fashionable when their clothing is low-cut and very tight and they attract attention; they think their dress is admired, for which they are mocked and rightly reproved by those who hear the talk. Nor, my daughter, should you be like those who, to seem more fashionable, dress themselves so scantily in winter that they are freezing with cold, their complexions often sallow and without color, until, either because of the cold they suffer in private or from being too tightly laced, they endure many grievous illnesses, and many even die – never doubt that this is a great sin because they have killed themselves.

The Past would like you to know that you are NOT leaving the house dressed like that, young lady, or you will DIE of frostbite.

Your clothing should be pleasing and fine, cut to your figure. If you have no expensive cloth… 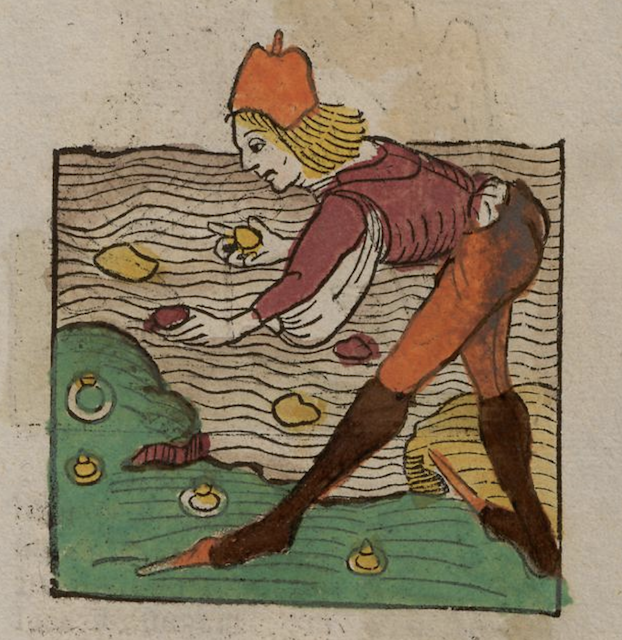 But it is good in all tymes, to beare about you preciouse stones… 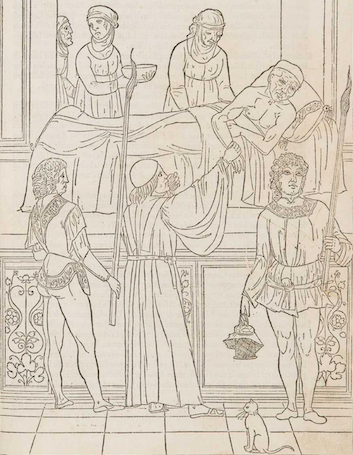 We must guard ourselves against anger, sadness, fear, worry, and pensiveness… 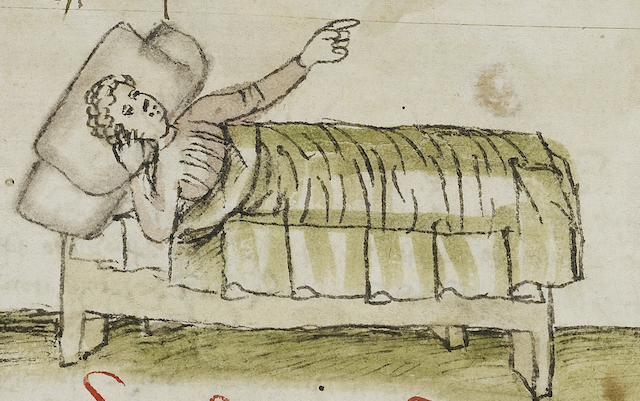 How to Increase Your Energy, 15th century

For the evil that is called lethargy. Take your own hair, burnt…