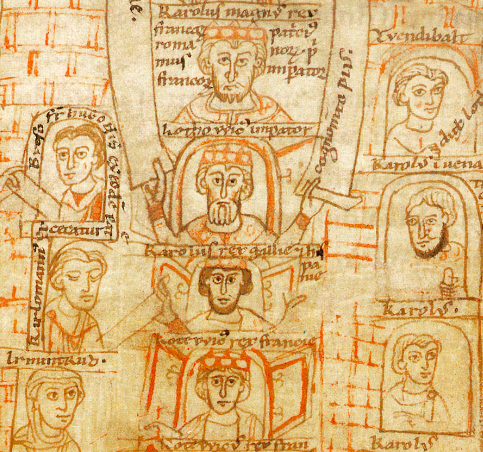 Sometimes you ask the Past, sometimes the Past asks you. Today, it’s the latter.

If a father and his son take a widow and her daughter in marriage, so that the son marries the mother and the father the daughter, say, please, what is the relationship between the sons they will bear?

I would say that the relationship between the sons will be… awkward. Medieval bragging rights if you figure it out; I’ll post the answer tomorrow. 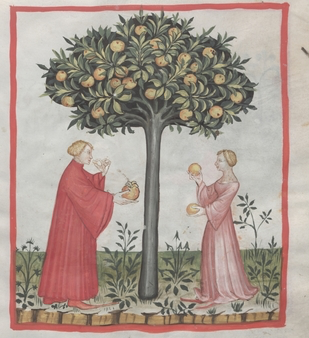 I go to a garden, and I come to the foot of an orange tree… 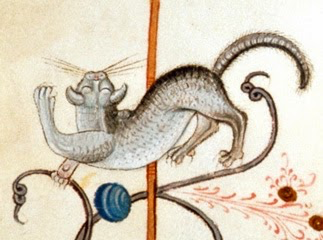 The Past Asks You: An Enchanted Ecosystem, 1494 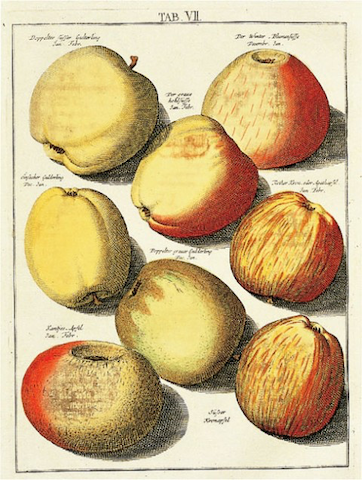 The Past Asks You: Apple Economics, 1698

A man sent his three Sons to Market, to his Eldest he gave twenty two Apples…