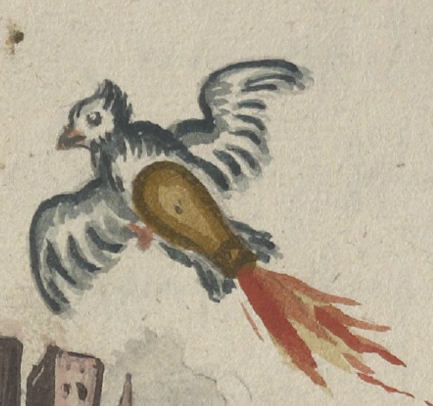 Another kind of fire for burning enemies wherever they are. Take petroleum, black petroleum, liquid pitch, and oil of sulphur. Put all these in a pottery jar buried in horse manure for fifteen days. Take it out and smear with it crows which can be flown against the tents of the enemy. When the sun rises and before the heat has melted it the mixture will inflame. But we advise that it should be used before sunrise or after sunset.

Revealed: the origins and operational tactics of Angry Birds. The text does not explain how you get the crows to fly against enemy tents, but my guess is you put them in a little avian catapult and aim it with your finger. 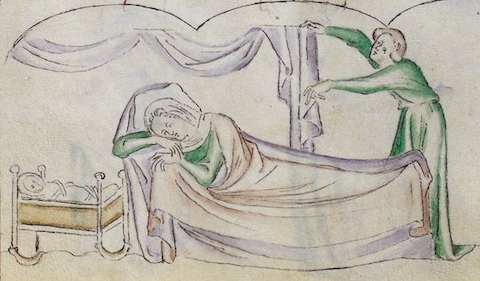 After the woman has delivered the child, you should know how to take care of the child…

Your clothing should be pleasing and fine, cut to your figure. If you have no expensive cloth… 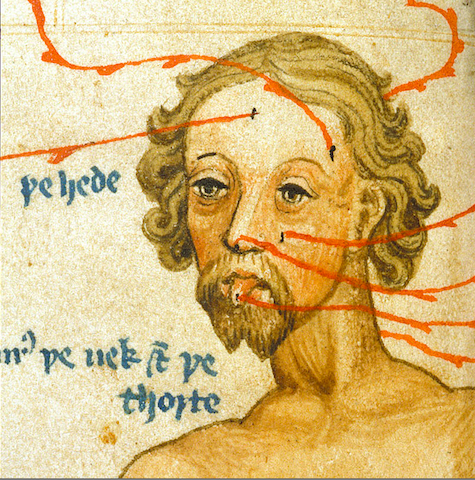 How to Make Someone Die of Laughter, 13th century

Beneath the armpits are certain veins called “ticklish”…

How to Treat Baldness, 13th century

By frequently rubbing your bald spots with ground onions…