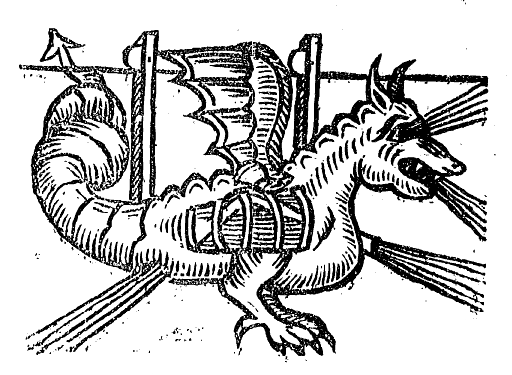 How to make a Dragon, or the like, to run on the Line, spitting of fire. The body of the Dragon must be made either with Past-board, or with fine rods of wicker, being hollow, with a place in the belly to put in two Rockets… first set it at the eyes and mouth… then fire that Rocket which is placed with his mouth toward the tayl of the Dragon, which will make it seem to cast fire from thence till he come to the end of his motion; and then on a sudden (as a creature wounded with some accident) shall return with fire coming forth of his belly: This being well ordered, will give good content to the beholders of the same.

If this spectacle goes according to plan, a creature who appears to have been wounded in some accident will hurtle around spewing fire. If it goes awry, the fireworks technician will do the same. Either way the beholders will be amazed. 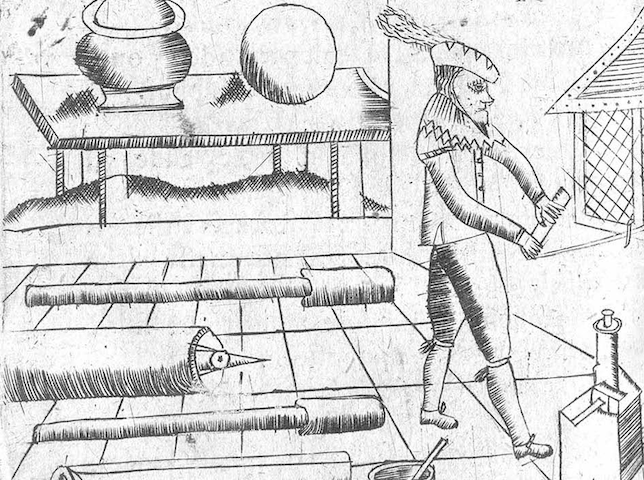 To make the golden Rain, you must get store of Goose-quills, and cut them off next the feathers… 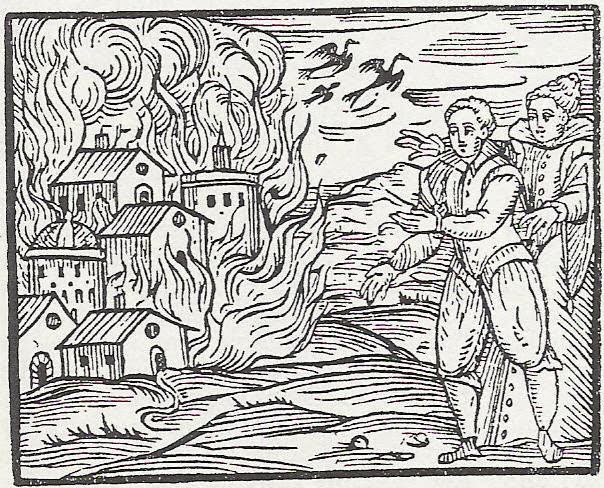 An easie way to procure Fire speedily. Take a round Glasse, and fill it with faire water… 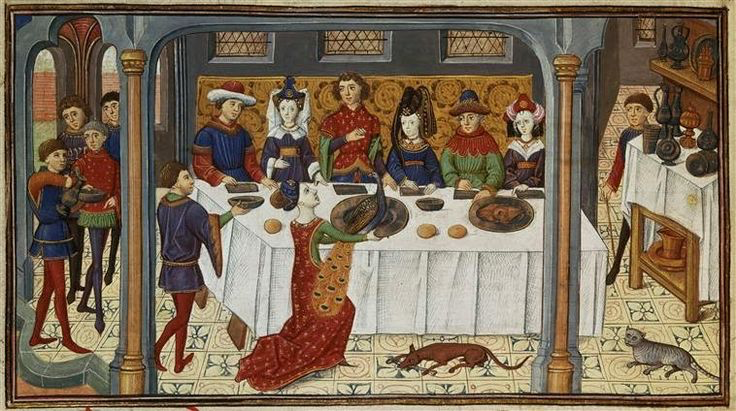 How to Dress a Peacock With All Its Feathers, So That When Cooked, It Appears To Be Alive…